The Story:  Sidney Crosby was the Penguins new phenom in his rookie season, playing alongside Mario Lemieux, and had already been named as one of the Pens' alternate captains.  Of course, Crosby jerseys started popping up everywhere.  People had home jerseys, road jerseys, even throwback Penguins jerseys with "87 CROSBY" on the back.  I decided to go in a different direction.  I didn't see many Crosby jerseys with the logo of his junior team, the Rimouski Oceanic, on them and, of the ones I did see, most of them were the white home jerseys.  Trying to be different, I decided to get one of Rimouski's road jerseys.  I searched for about a month for an authentic, but there were none to be found, so I settled on a replica.  The disparity in quality between authentics and replicas was much narrower than it was back in the early-90's, and for that matter, than it is now.  Replicas of the early-2000's were a slightly thinner Air-Knit material that holds up really well.  So I was able to get a really good looking and good quality jersey that few people had at a very reasonable price.  Yay me! 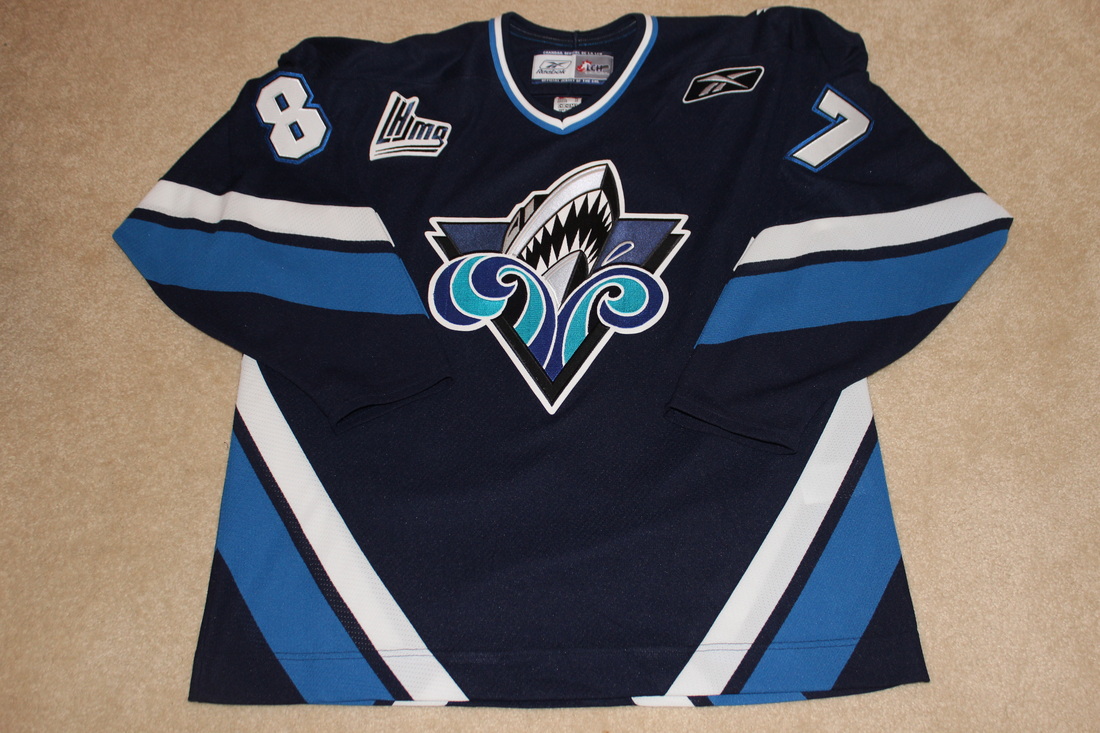 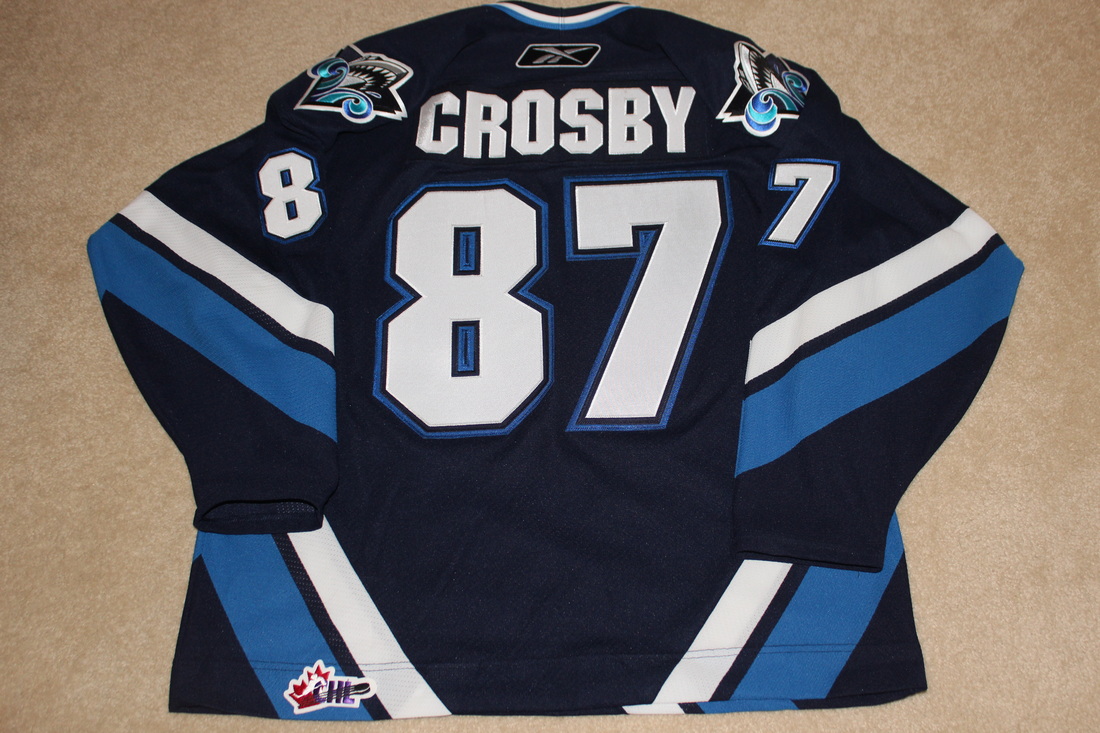 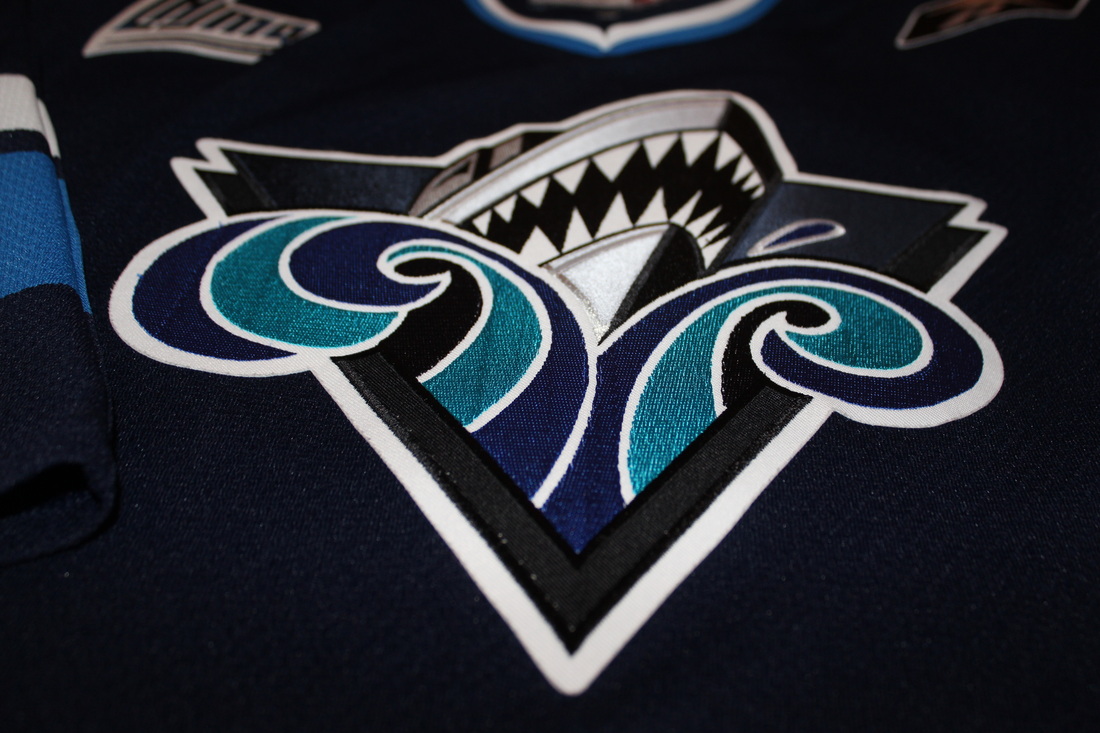 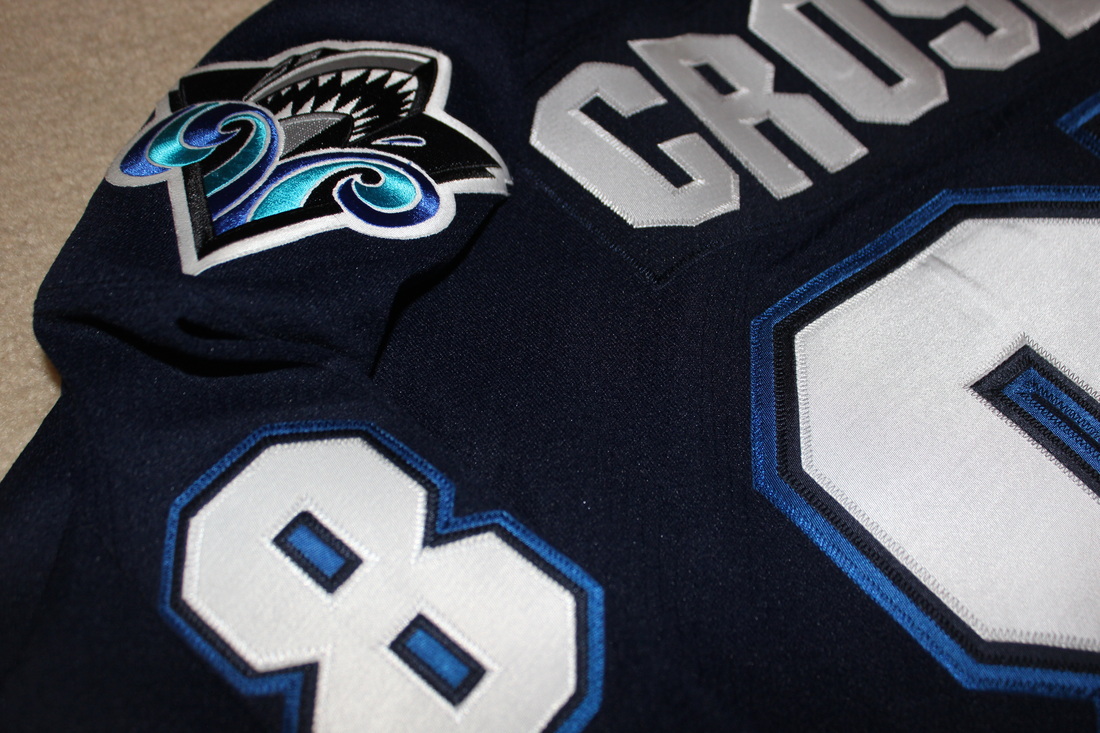